When I was a kid, cupcakes all looked the same. They came in different colors and favors but, everyone decorated them the same way. Decorating consisted of using a butter knife to smooth out a dollp of icing and make it as pretty as you could. Well, I am glad times have changed and cupcakes have become more exciting and now come in fun shapes like these cute squirrel cupcakes. 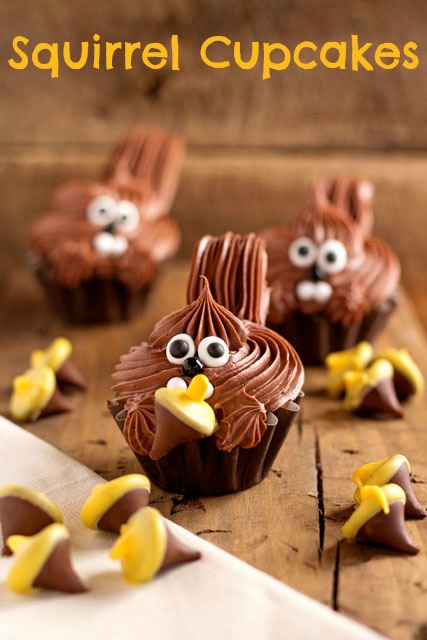 I wish the cupcake trend would have happened when my kiddos were in school so I could have made everyone cute squirrel cupcakes for Thanksgiving. Or better yet, we could have had a cupcake decorating party to let the kids decorate their own.

I just wanted to let you know that I didn’t buy my frosting, sugar wafers or #21 star tip from Amazon. You can if you want to but, your local stores will sell them much cheaper and you won’t have to pay shipping. I wanted to link so you would know what the product looks like. 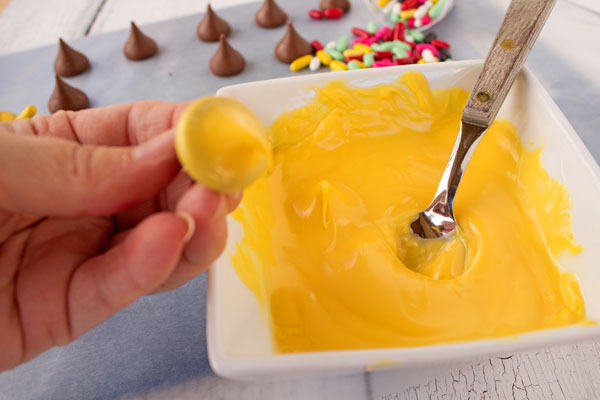 Begin melting the candy melts by following the directions on the package. Then, dip the wide end of the Hershey’s Kiss into the melted yellow candy melts. When you remove the kiss, try to make a swirl on the top to look like a stem. Place them on a plate, wax or parchment paper to let them dry.

If  you want to add a stem, you can add a licorice pastel candy rod or dip the yellow part in yellow sprinkles. Just be careful not to melt the kiss in the warm candy melts. 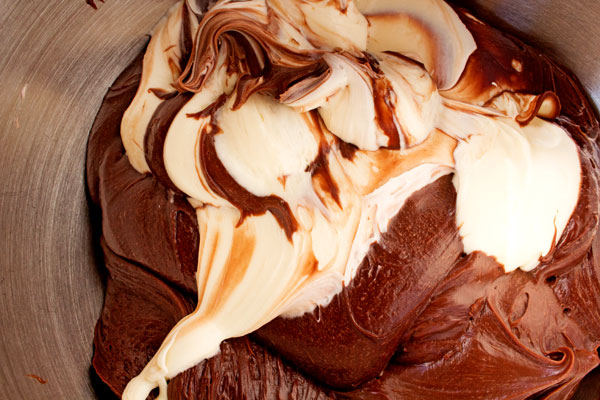 For the icing, you can use store bought icing or you can make your own. If you use store bought you can make the squirrels with the chocolate icing but, I think it looks better if you mix 1 container of chocolate with 1/2 a container of vanilla. It makes a nice squirrel color. If your icing won’t hold its shape, add a little powdered sugar so your swirls will stay in place. 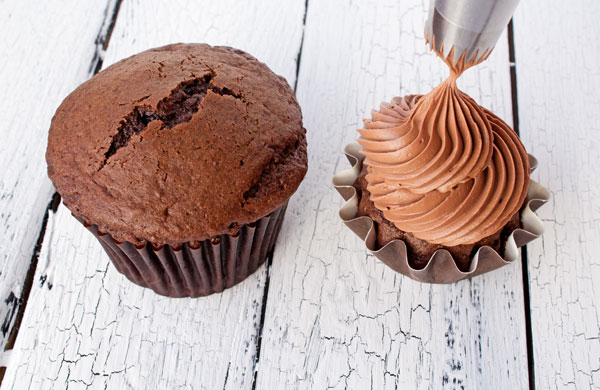 Fill a piping bag fitted with #9FT tip or, any large cupcake tip, and make a swirl on the cupcakes.

This is the part where I save you some trouble. See that giant cupcake? I tried to make a squirrel out of it and it was ok but, the tail fell off. I used 2 sugar wafers and the cake could not hold it. So my tip to you is, if you make giant squirrel cupcakes, only use one sugar wafer. 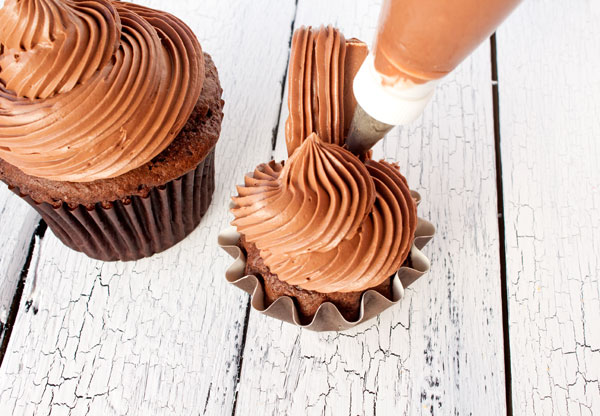 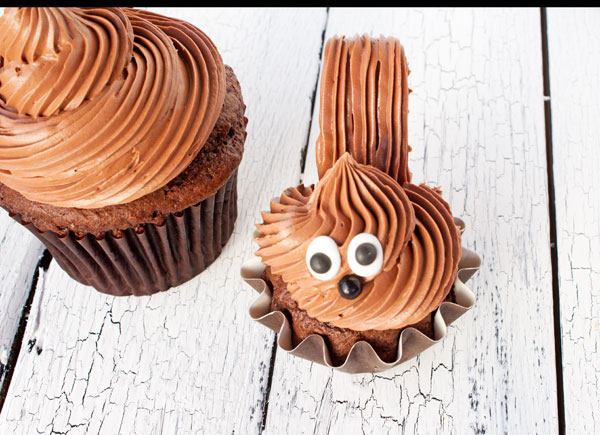 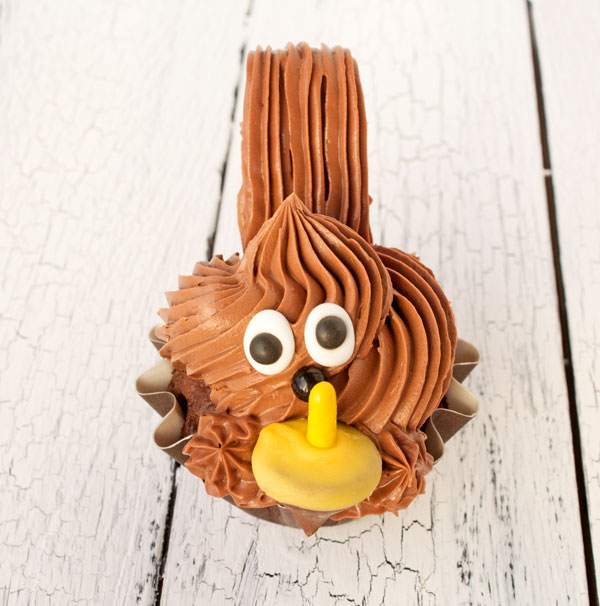 Pipe two little paws with the #21 tip and add an acorn. 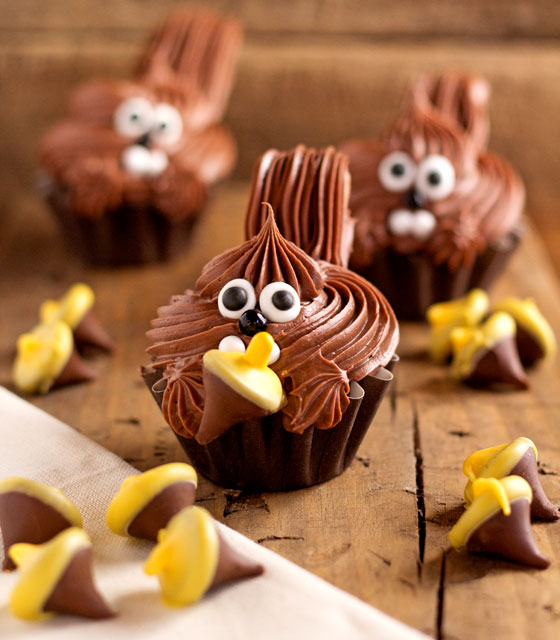 If you give it a nice little push, it will stay in the icing. If you are taking these to a classroom or somewhere for Thanksgiving, I suggest you add the tail and the acorn on site so they don’t fall off while being transported. We all know squirrels and cars don’t play well together. 😉

These cupcakes were inspired by this video by Cookies Cupcakes and Cardio. 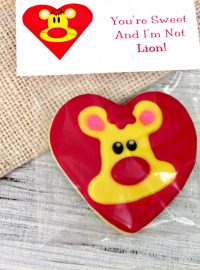 Your one Grrreat Valentine Freebie! 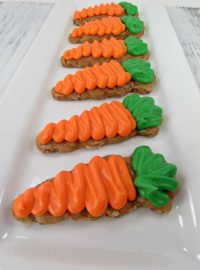 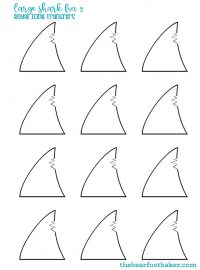 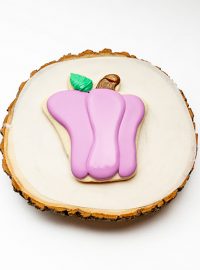 How to Make A Pumpkin Cookie with a Present Cutter