Swiss meringue buttercream is a beautiful silky frosting that allows you to decorate cakes and form beautiful peaks in the frosting. Is also a frosting that has a reputation for being hard to make. It’s not really hard it’s just different let me show you. 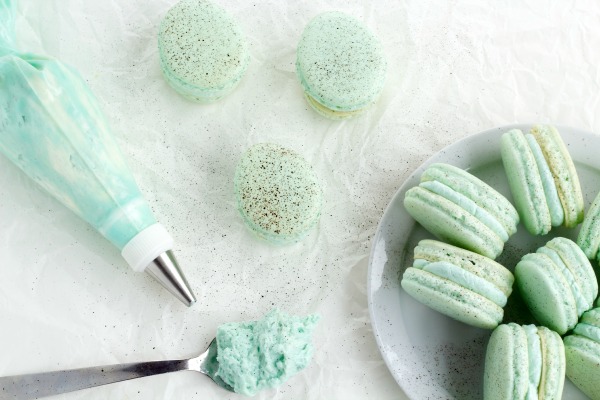 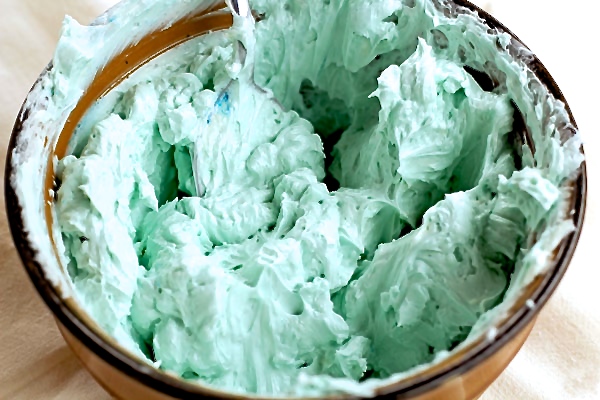 This icing is easy to color. It only takes a drop or two of food gel colors to change the tint and create something beautiful. 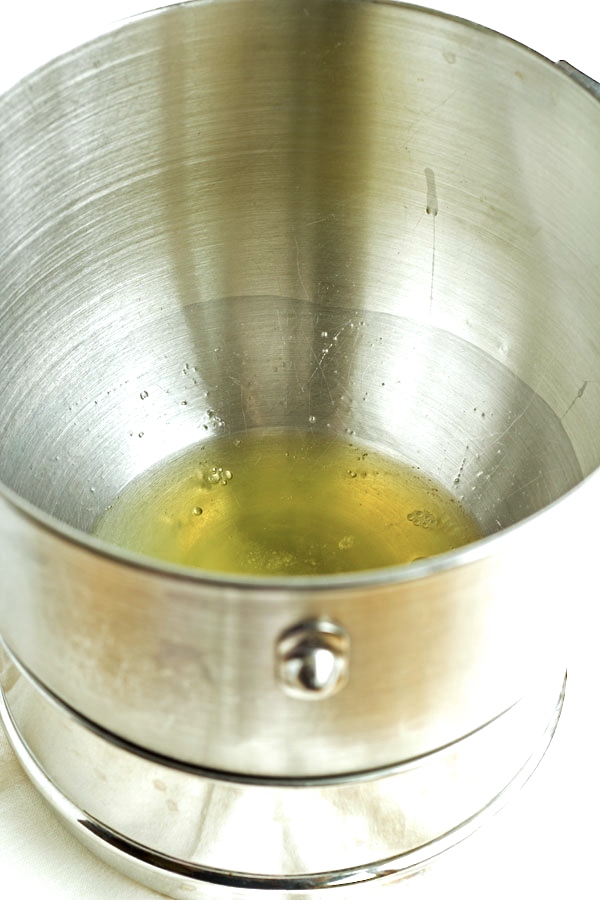 To make the Swiss meringue buttercream begin by placing the 5 egg whites, pinch of salt and the 1/2 cup of sugar in the bowl of a KitchanAid mixer or any heat proof bowl. Then find a pot that the heat proof bowl will sit on and not fit inside it like a double boiler. Add a little water to the pot and simmer it over low heat on the stove. 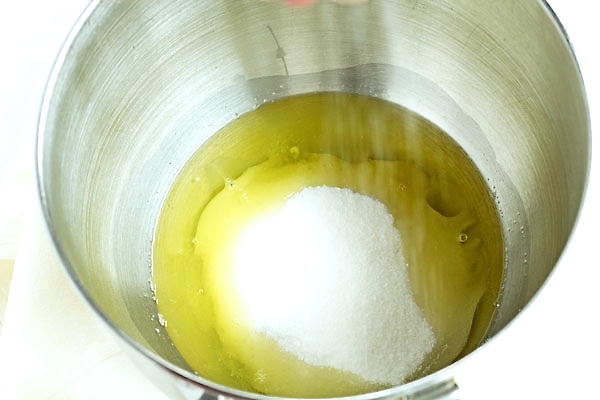 Place the bowl with the egg whites, salt and sugar in the pot and make sure the water is not touching the bottom of the bowl as this will cause your egg whites to cook. We don’t want to cook the egg whites. We only want to heat the eggs, salt and the sugar until the sugar dissolves and the mixture isn’t grainy. 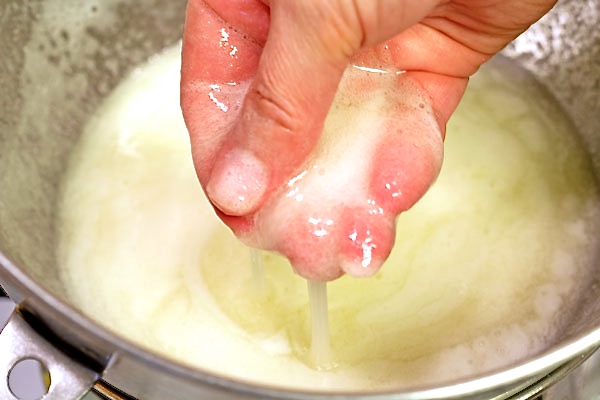 I know this may seem weird and this is probably what scares people and stops them from making Swiss Meringue Buttercream but, you need to do this. Mix the egg whites, salt and sugar mixture with your hand. Yep. I know it is weird but, you need to do it. You need to mix it until you can slide the mixture between your fingers without feeling the sugar. It needs to feel smooth without any gritty feeling at all. You can wear a glove if you like and the mixture should reach about 115° F.

If you are totally against mixing it with you hand, go ahead and mix it with a whisk. I prefer hand mixing because I know exactly when the eggs warm up enough to dissolve the sugar. But do what makes you happy.

If you have a gas stove, you may need to remove the pot from the fire a few times so it doesn’t get too hot. The mixture should be a little warmer than your hand when the grittiness  disappears. 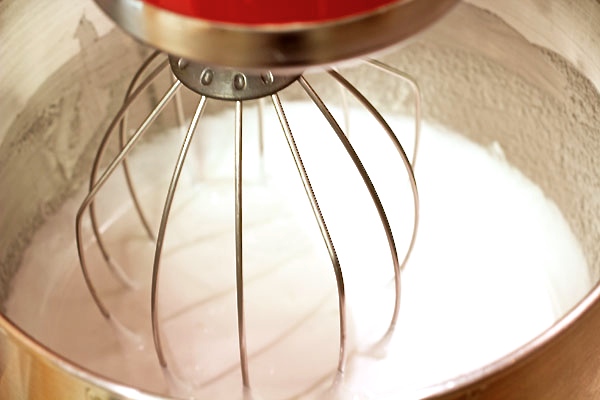 Once the mixture is smooth, place the bowl on the KitchenAid mixer and attach the whisk attachment. Mix on low and gradually increase the speed until you reach high. 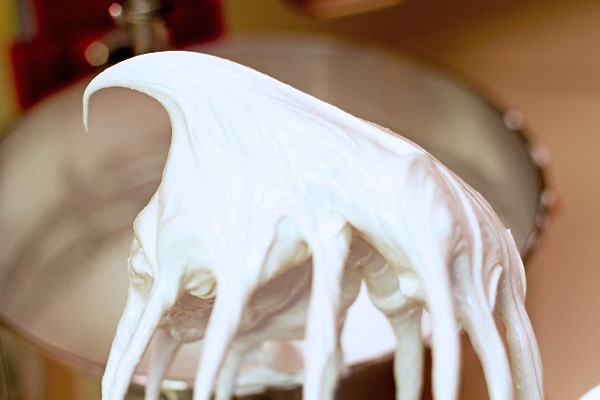 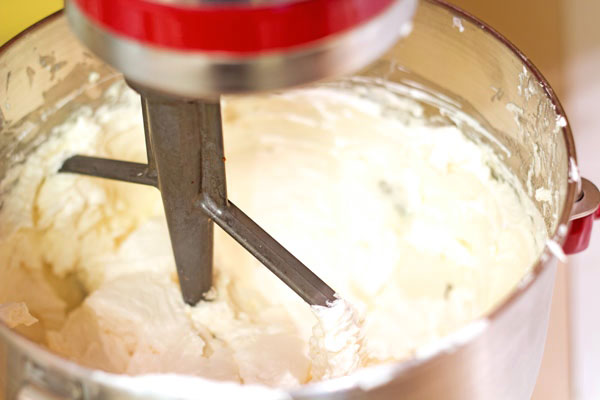 You can store it in an airtight container in the refrigerator for up to one week. If you are going to use it the same day, place it in an airtight container and leave it on the counter. If you place it in the refrigerator, sit it on the counter and let it come to room temperature and then mix it with a mixer for about 5 minutes.

If you want to freeze it, place in an airtight container and can freeze for up to three weeks. Before using it, sit it on the counter and let it come to room temperature and then mix it with a mixer for about 5 minutes.

That is all there is to making Swiss Meringue Buttercream. Like I said, it isn’t hard, it is just different because you start on the stove and mix with your hand. Once you get past that, it is a piece of cake! 😉

For more frosting and icing recipes, check out the links below.

posted in All Things Cake, Recipes, The Bearfoot Baker
18 Comments »

How to Make a Few Fun Things for Thanksgiving 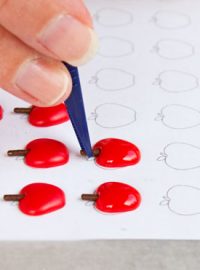 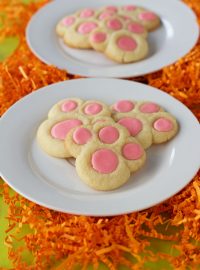 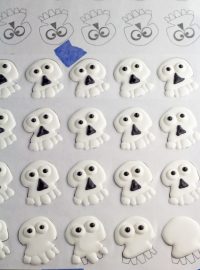