Have you ever seen an adorable little fox? I honestly think adorable isn’t a strong enough word because these creatures are so dang cute they steal your heart instantly. They’ll also steal your chickens but thats not what were going to talk about today. When you imagine a fox, think about the cute little nose, the orange and white fluffy tails and don’t even get me started on those big orange eyes. Doesn’t it make you want to make fun little fox cookies right now? Well grab some butter and let’s get started! 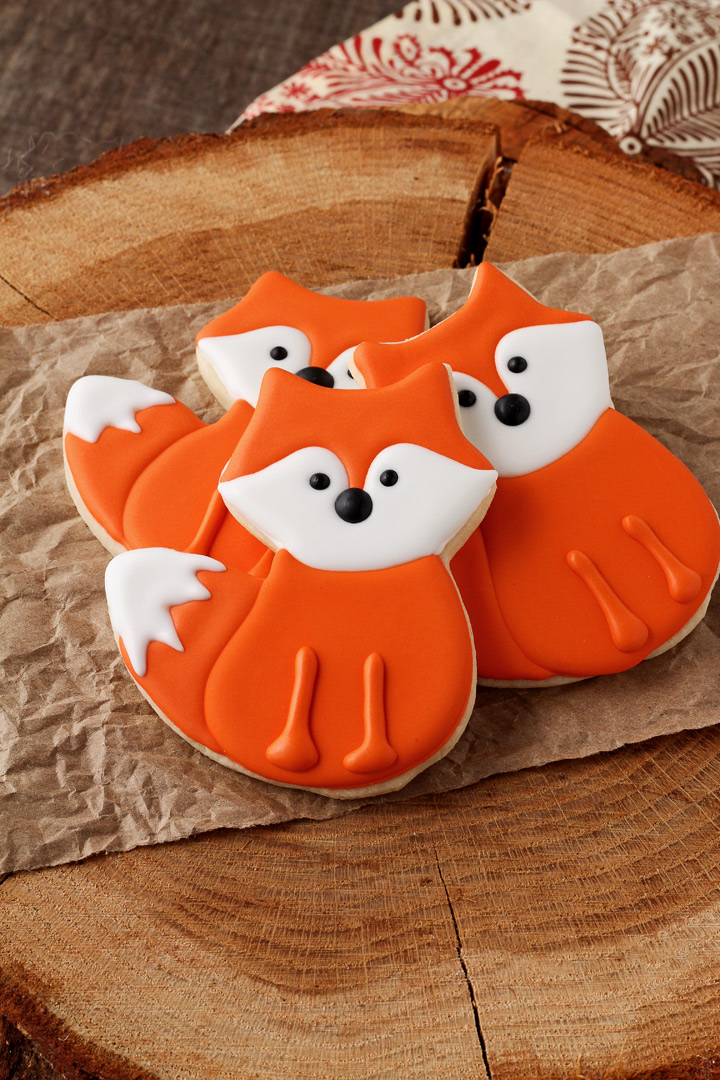 Our fox isn’t going to have big orange eyes but I think you’ll like it almost as much as the real thing. Maybe not but I can promise you these fox cookies will taste way better than a real fox. Not that I would ever eat a real fox but you know what I mean.

Icing Colors:
Orange Fox Colored Icing – AmeriColor Colors- Electric Orange, a small amount of Ivory and Burgundy
White
Black for the nose if you don’t have a royal icing transfer 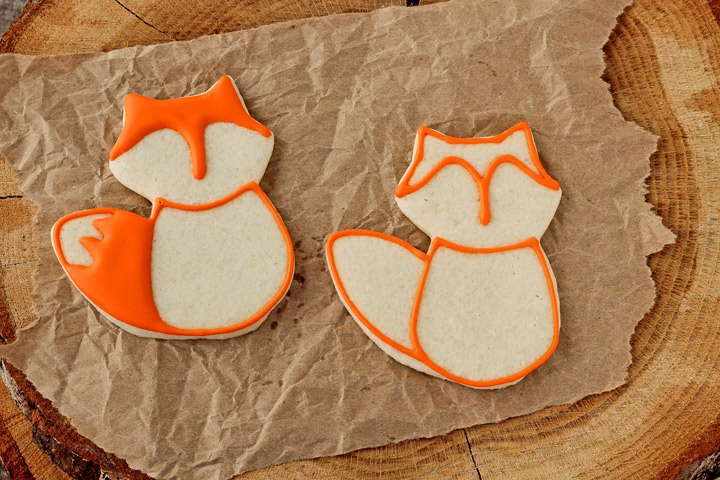 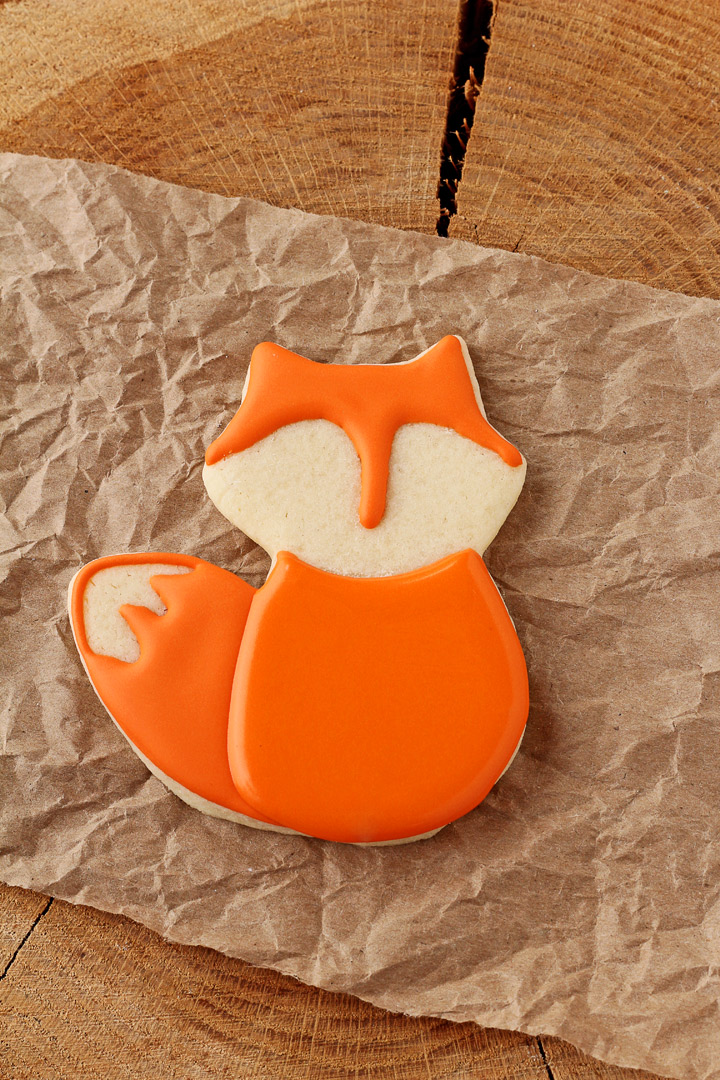 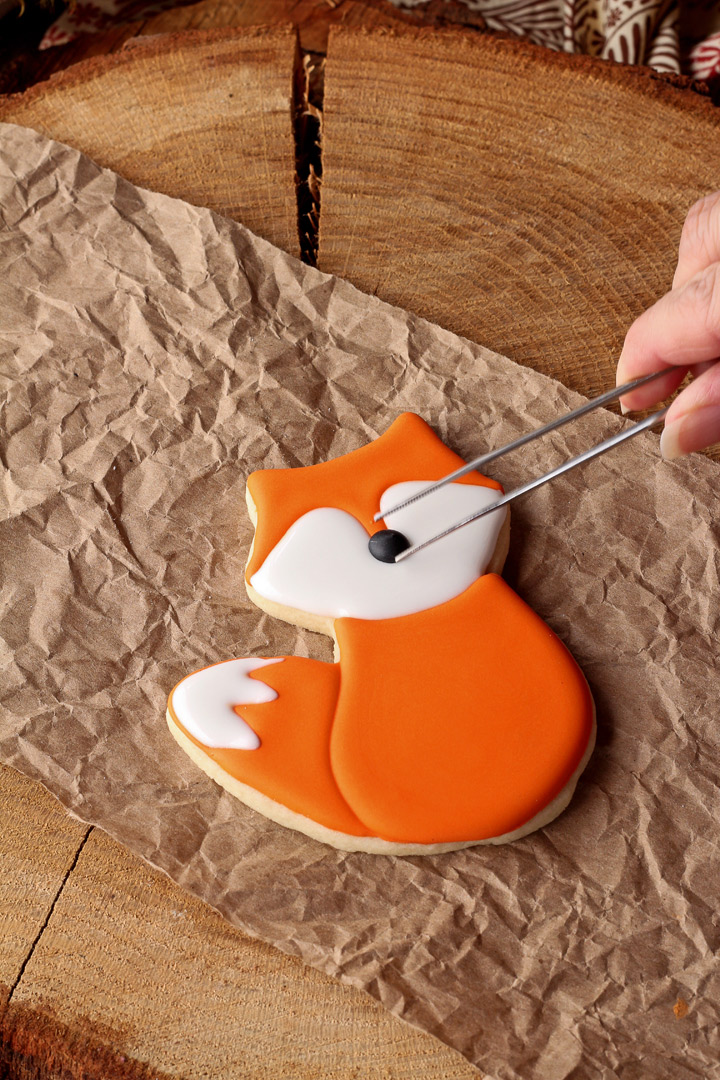 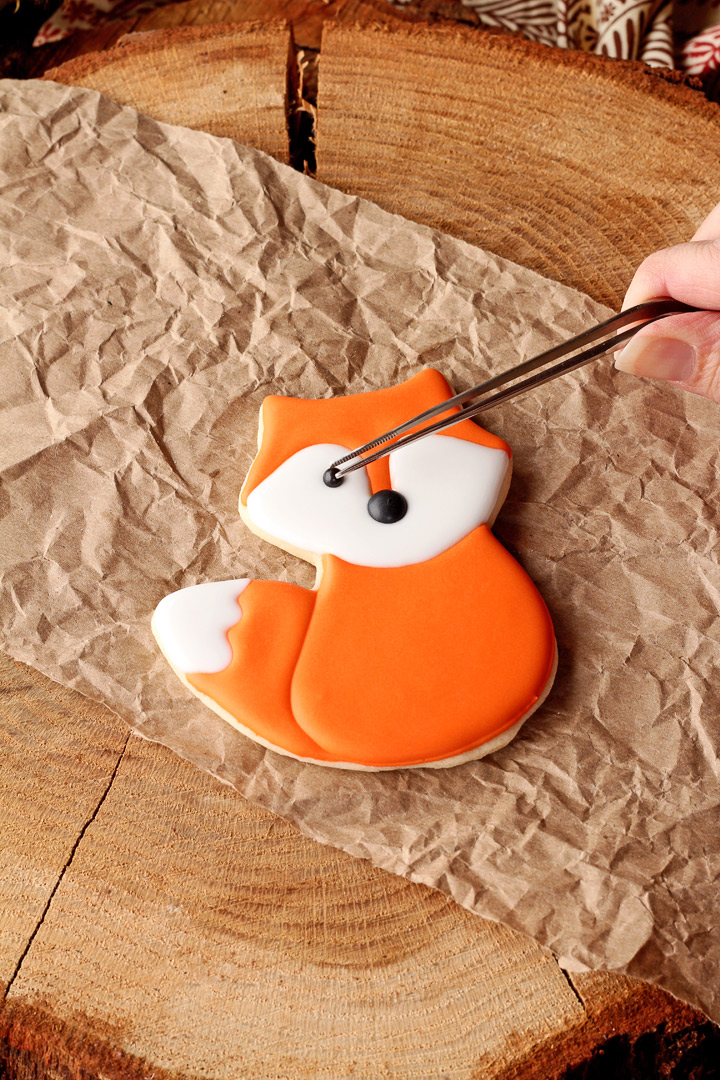 Look at this cute little fox cookie. Isn’t he cute? I think he’s so cute because you know deep down in your heart that he won’t eat your chickens! 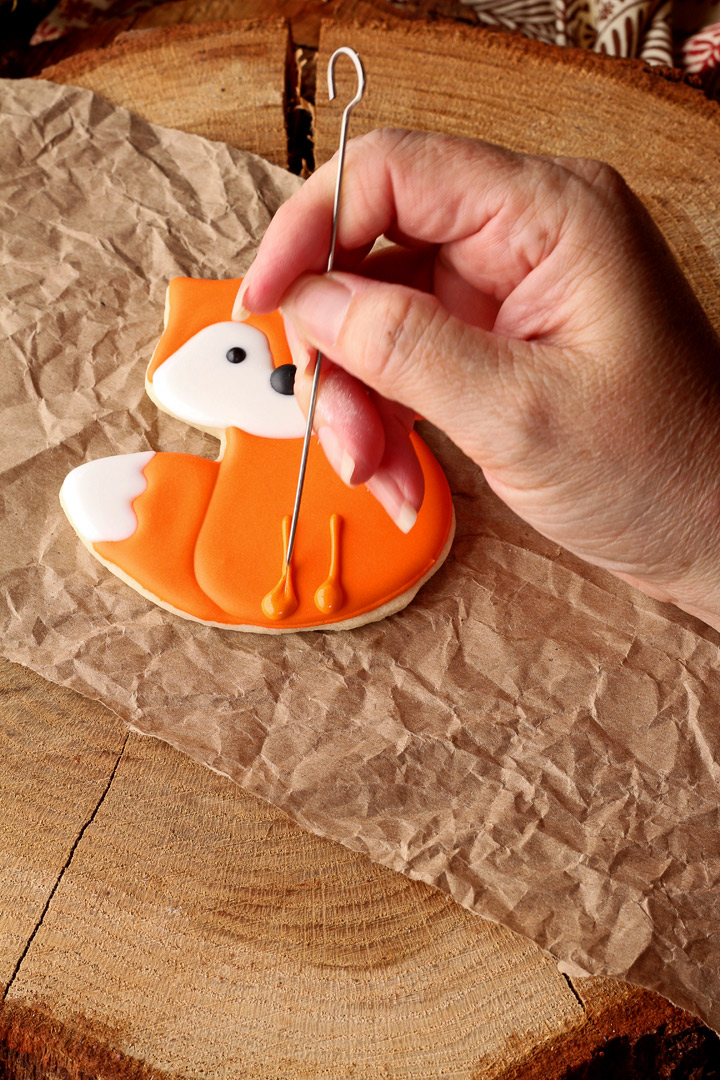 I hope you get a chance to see a wild fox in real life because they’re absolutely gorgeous. The few times I’ve seen them I just stand still and stare as if I’ve seen something magical because the truth is they are. They have a grace about them thats difficult to describe. Remember to eat some fun little fox cookies while you look for them! 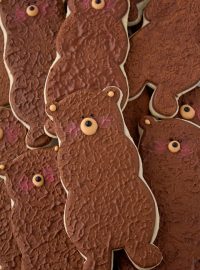 How to Cut out Perfect Sugar Cookies Every Time