When I was about 14 years old my aunt Trudy bought me my first set of decorating supplies for Christmas. I was thrilled. The first thing I wanted to do is make beautiful buttercream icing flowers. The only problem with that was I didn’t have a clue as to where to start. You see, that was way back before the internet and cake decorating classes. The only way someone learned things like that was if someone taught them or if they sat for hours and hours and practiced until they figured it out.

I didn’t figure it out. I sat for hours looking at the tips wondering how in the world I would end up making incredible flowers like my aunt. Then, one day years later, I found a flower nail template. It was great. With the help of the flower nail template, and many hours of practice, I could finally make pretty buttercream flowers. 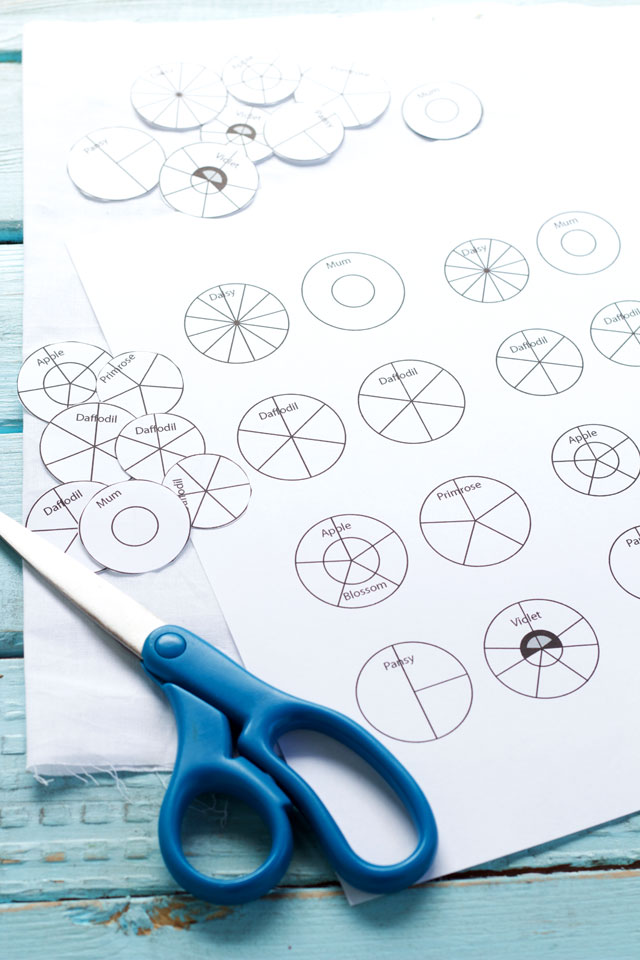 If you notice, there are two different templates under the Supply List. I don’t want to talk about those right now. I will explain in a minute why there are two. 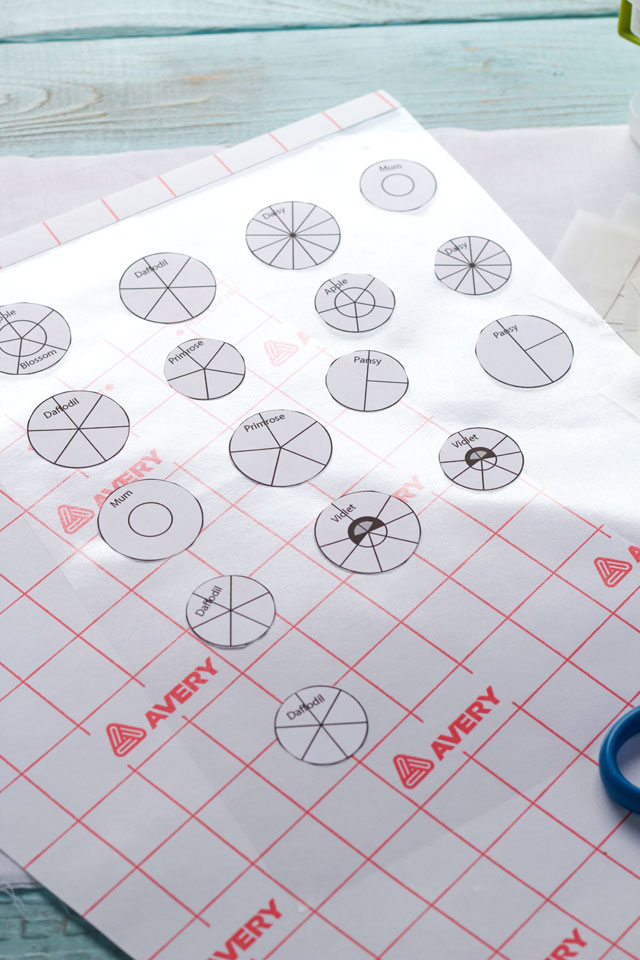 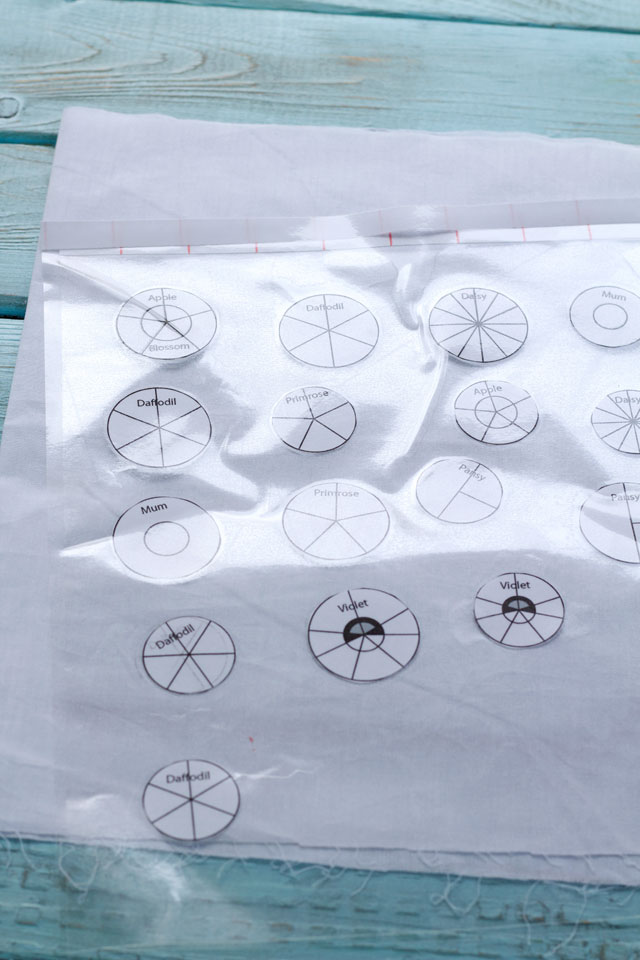 Next, cover them with another laminating sheet and press the sticky sides together. Try to do it without making wrinkles. Also, I should have cut the sheet in half for this project because one sheet is all you need. I didn’t think about cutting it until I stuck the two sides together. I was focusing one how to take a picture you all could see. I will know better next time and cut before I stick and peal. 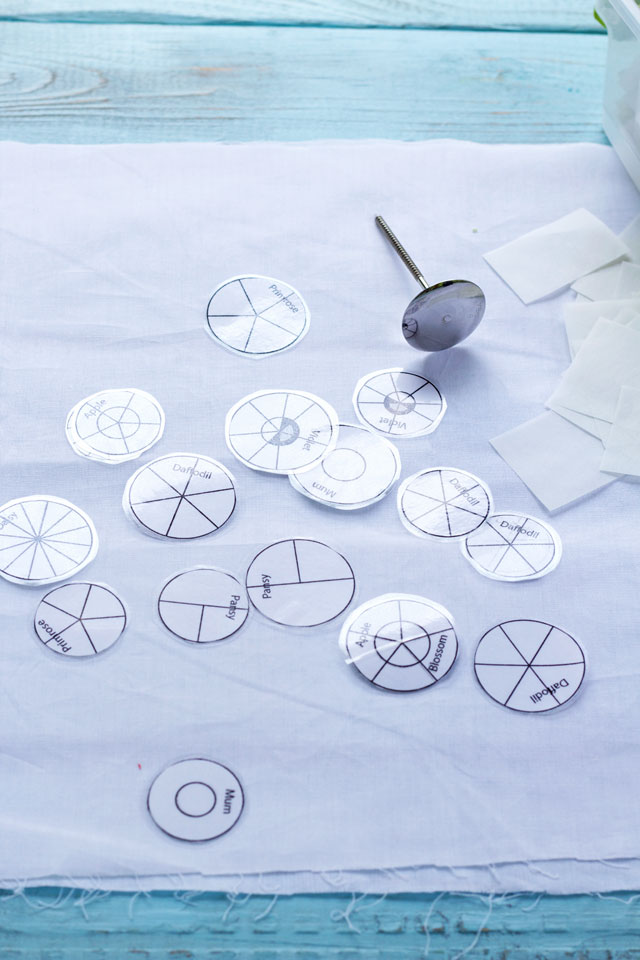 Once you get the circles laminated, cut them out. Push the edges of the laminating sheets together so they don’t come apart later. 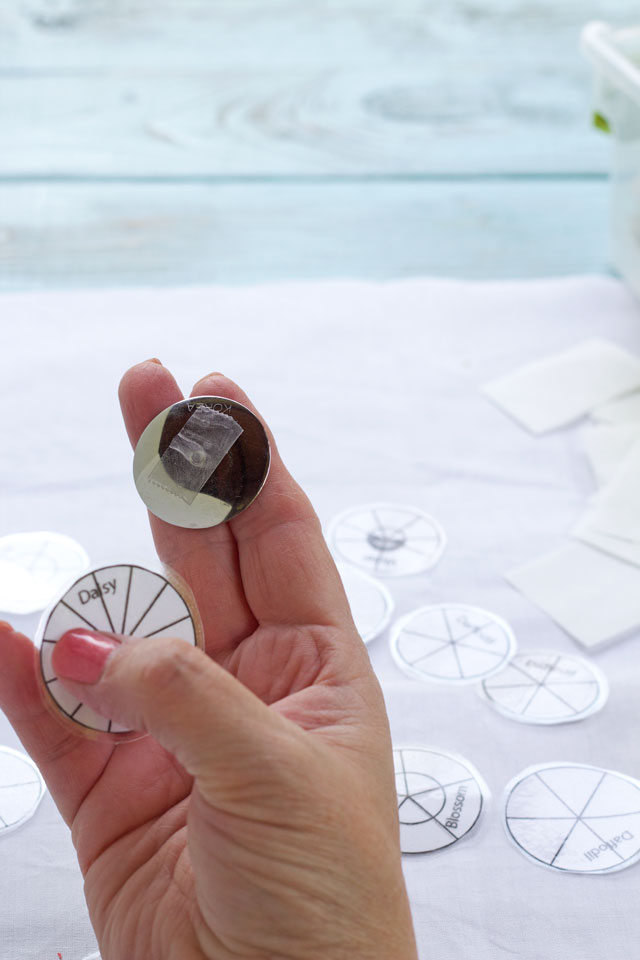 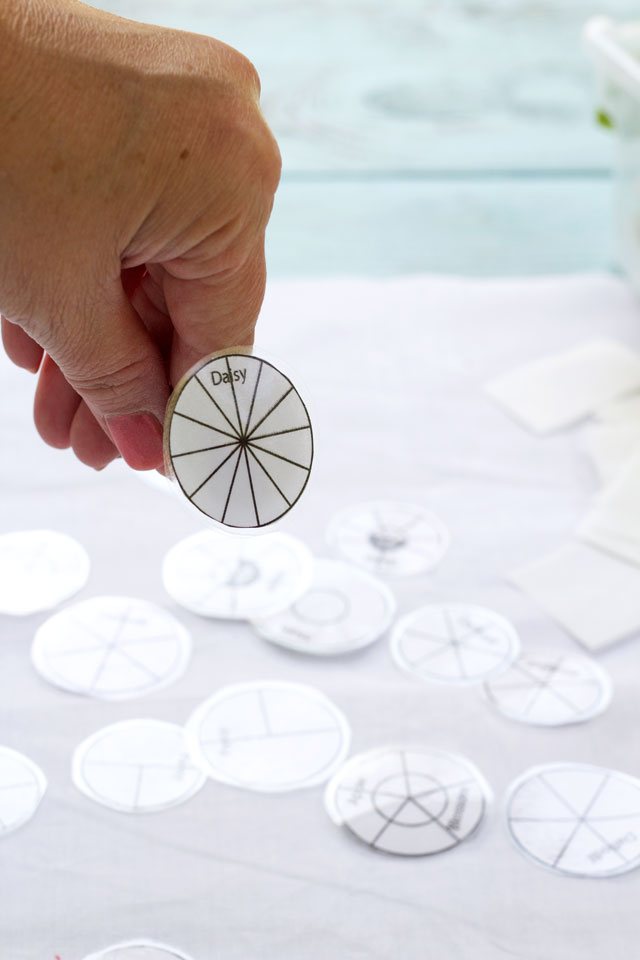 Then, place the template on the nail. 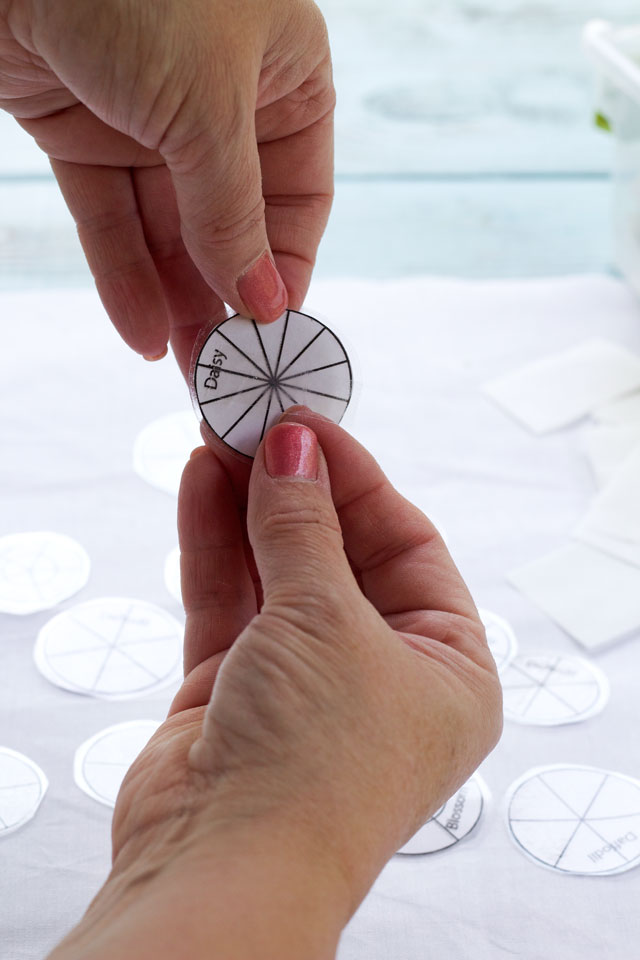 Next, place a piece of tape on top of the template. 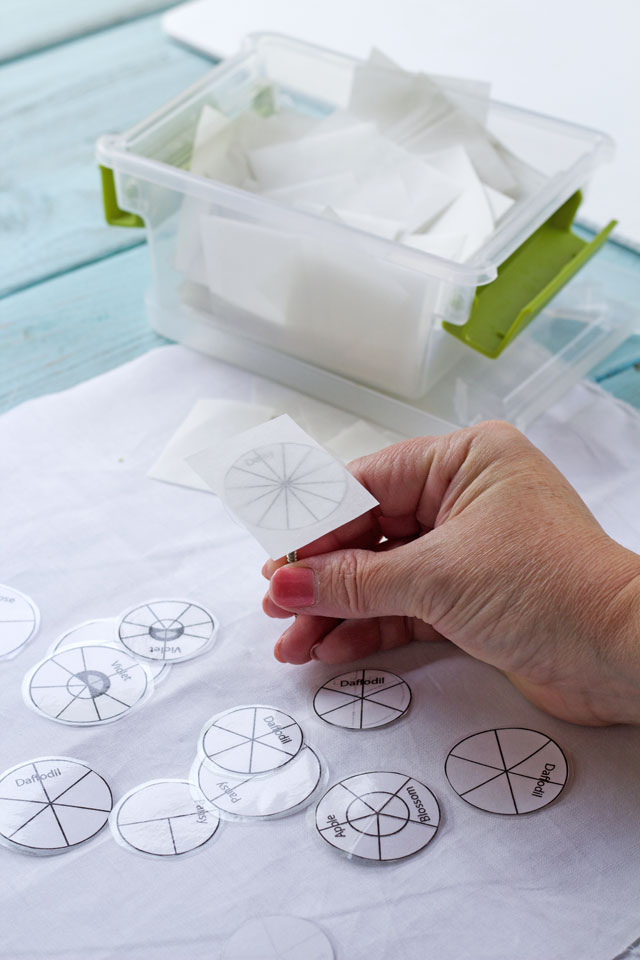 Add a parchment paper square to the top of the template and you are ready to make some cute royal icing flowers.
Now let’s talk about the two different templates. You can print either one or both if you would like. Feel free to resize them if you want. 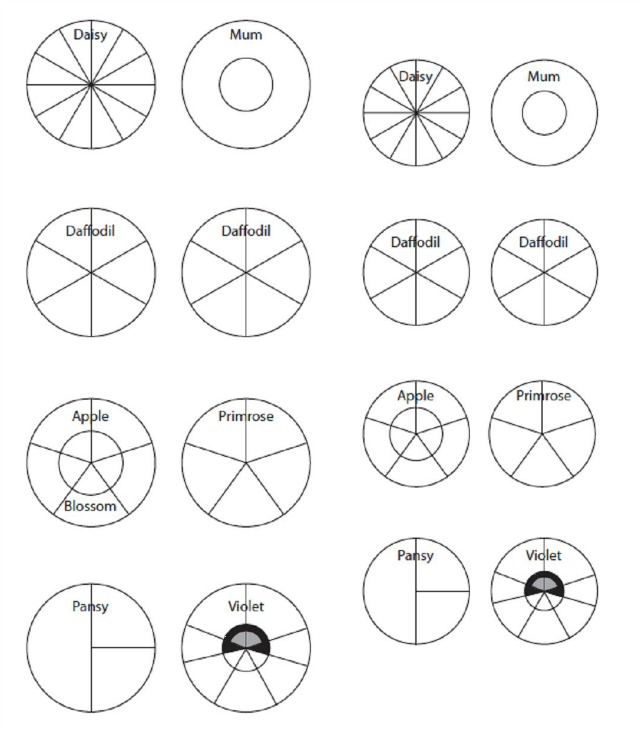 This template is based off of the original flower nail template that Wilton has and it is the one I used in the videos for these flower. As I made the flowers, I found myself looking at the template and trying to remember what the flower looked like. You see, I have thyroid brain and I don’t seem to remember anything anymore. I even stopped to Google a daffodil flower to see what it looked like. It was at that moment that I tweaked the template a bit. 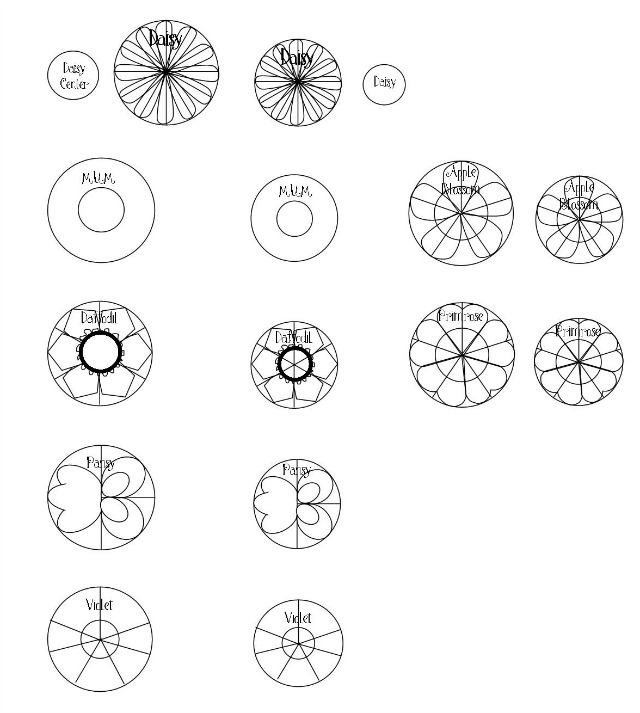 This is the template I will use from now on. It kind of has a cheat sheet built in. You may like it, you may prefer the old school version. Either way, you don’t have to run to the store if you need a flower nail template. All you have to do is print one of these. 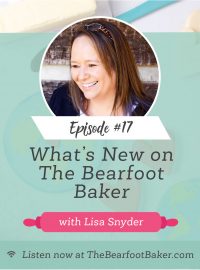 #17 What’s New on The Bearfoot Baker 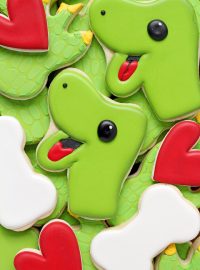 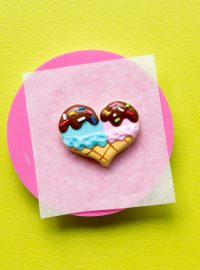 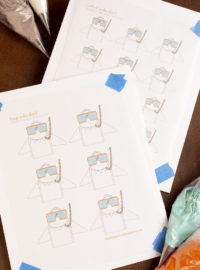 Scuba Shark Cookie Decorations that will Make You Laugh