Do you like Rice Krispie Treats? I do. It has always been a favorite snack of mine. I didn’t know that they could be made into fun shapes and colors until I saw people making them on Pinterest. As soon as I saw it, my eyes were opened and I sat there thinking of all the fun things I could make with my favorite snack. Then, the other day as I was looking at my blog, I saw my zombie donuts and immediately thought of making pumpkin Rice Krispie Treat zombies. 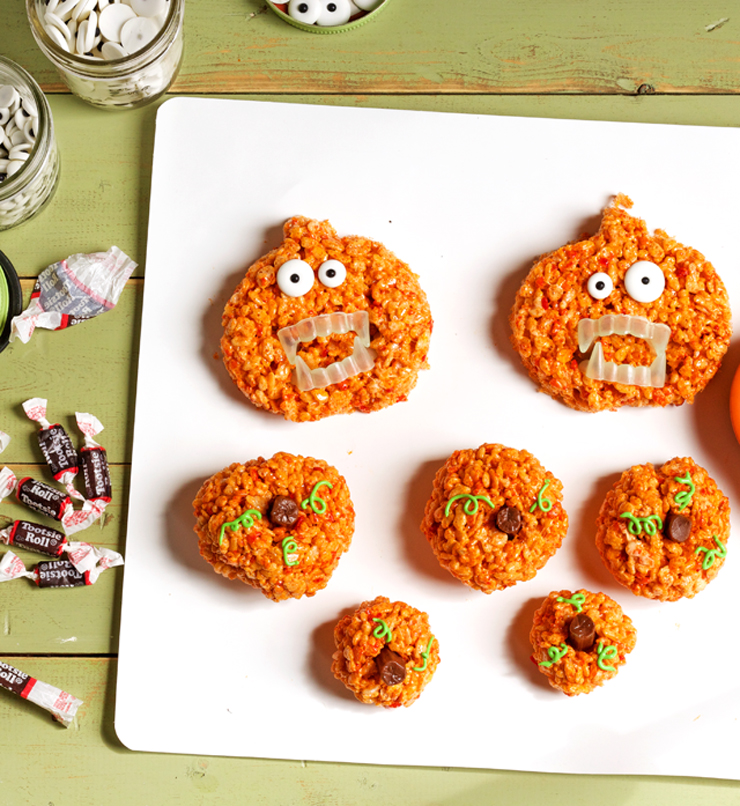 If you aren’t a fan of zombies, don’t worry. You can replace the vampier teeth with those cute little wax lips and make some regular round pumpkins. Let’s face it, all pumpkins are cute even if they are zombies! 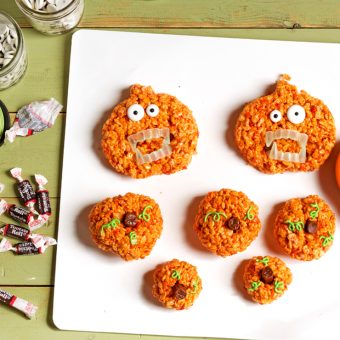 Mix up a batch of Rice Krispie Treats following the directions in the printable recipe box. 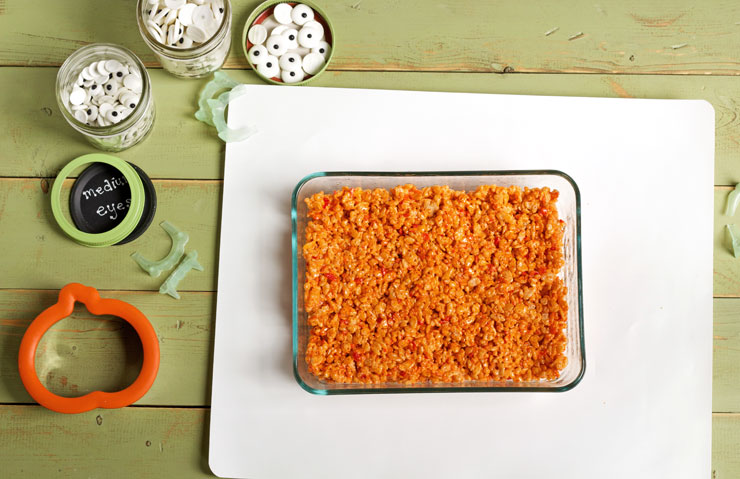 You may need to snip the vampire teeth into two pieces if they don’t bend well. Mine were ripping the treats apart but, once I cut them, it worked like a charm. 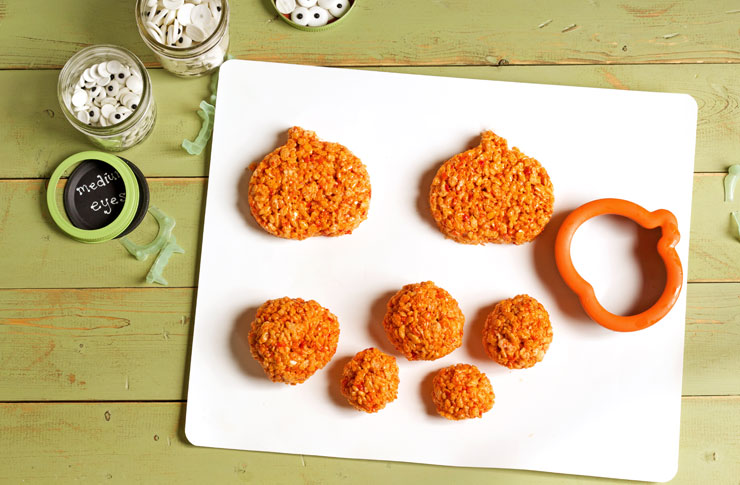 Cut out pumpkin shapes with a pumpkin cutter. Use the remaining treats to roll into balls for your “normal” pumpkins.

Insert the teeth into the pumpkin. 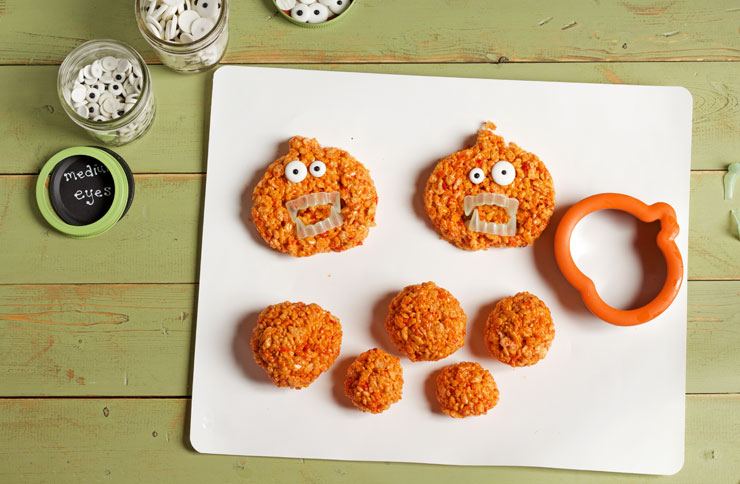 Use a little icing to glue on the eyes. I like to use different sizes to give them more character. 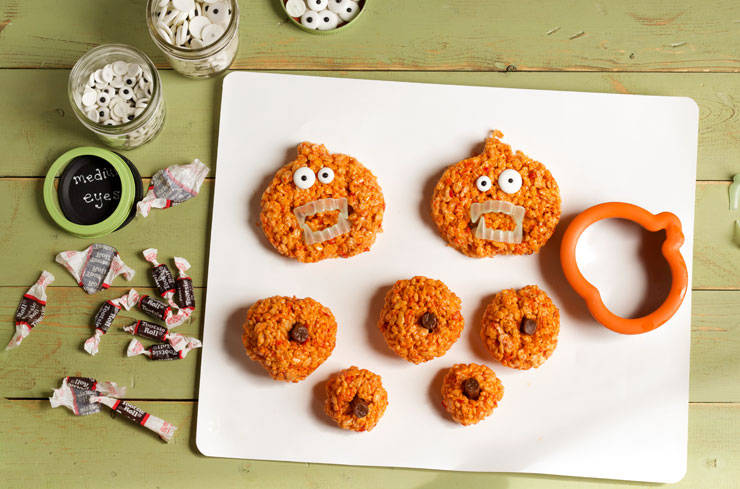 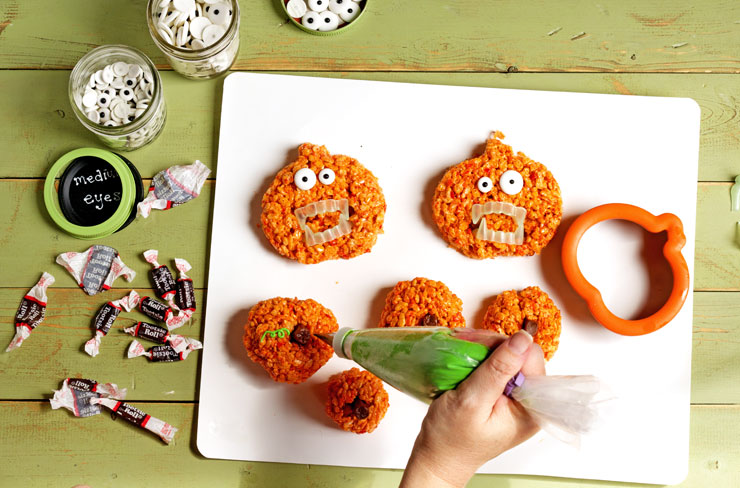 Add some curly vines with the green icing.

Step back and look at how cute your zombies are! 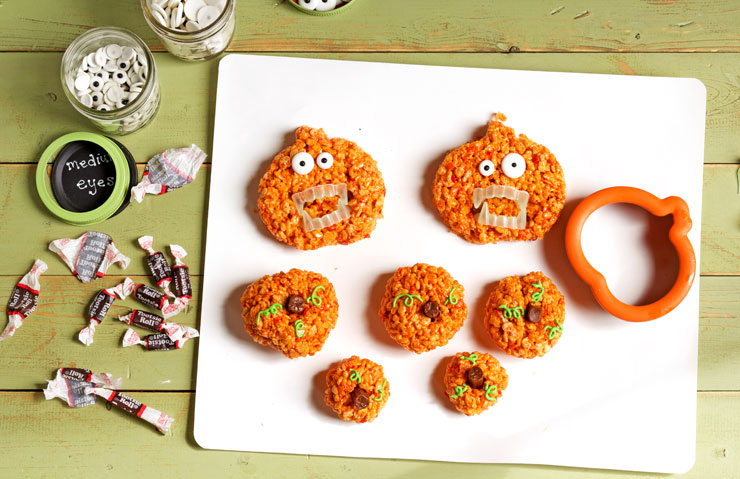 The best part about this project is that it is kid friendly. Your kiddos will love making their own zombies! 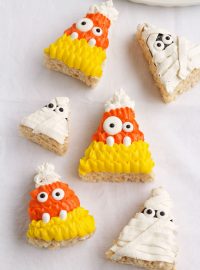 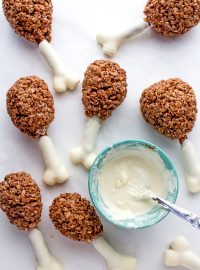 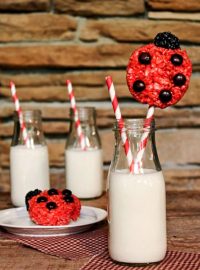 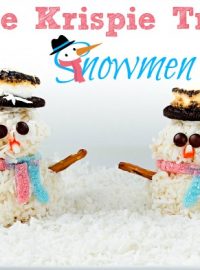