I know a tutorial on Zombie Donuts isn’t something you would expect from me. This is the season that hearts are everywhere and love is in the air. But let’s face it, sometimes love hurts. Sometimes you get your heart broken and it feels like zombies have ripped it out to snack on. Everything isn’t cute little hearts and roses. 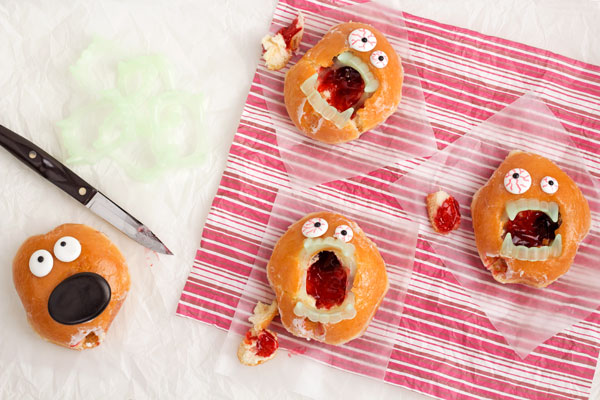 Sometimes our hearts are zombie snacks. Well, this is the year to fight back and take a bite of the zombie donuts. You won’t be sorry because they are delicious. 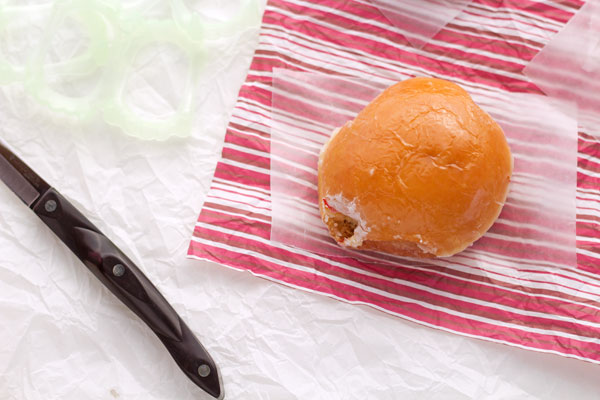 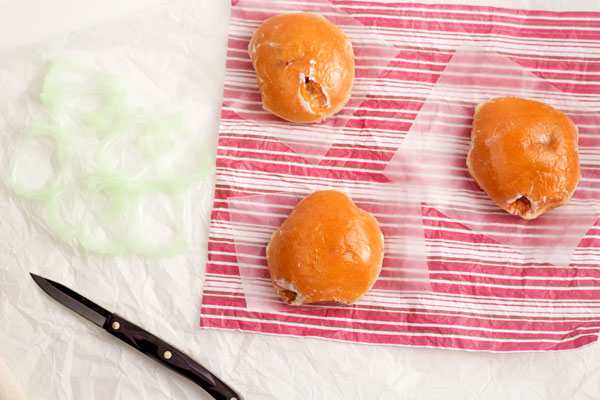 I didn’t feel bad enough not to do it. I actually enjoyed it and can’t wait to do it again for Halloween. 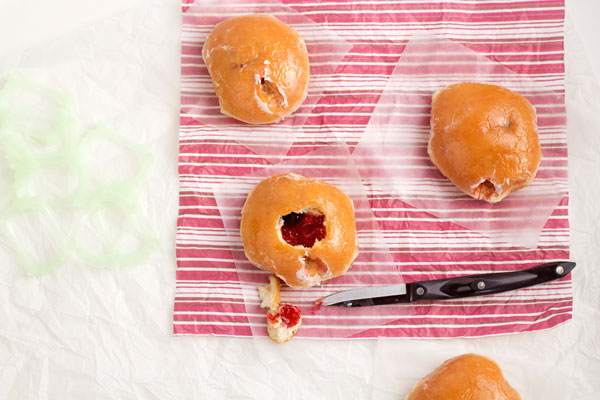 Cut a hole in each donut where you want to put the zombie teeth. You can fold the teeth over and make an imprint so you know how wide to cut it. If you cut the hole out and there isn’t any filling, use you knife to spread it out to cover the entire inside of the mouth. 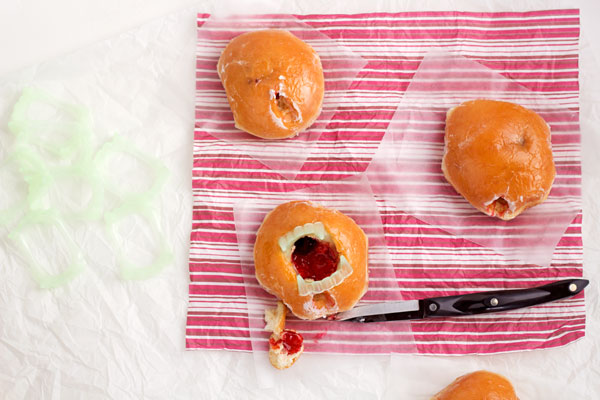 Place the zombie teeth in the hole and repeat for each donut. 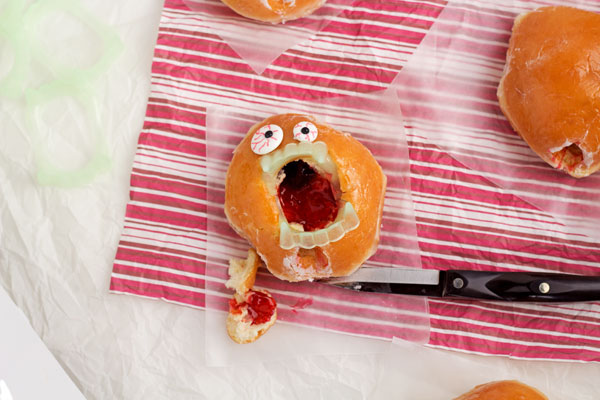 I always have jars full of royal icing eyes in different sizes but, if you don’t have a stash of them like I do, you can find them Wal-Mart, cake supply stores or at some grocery stores. 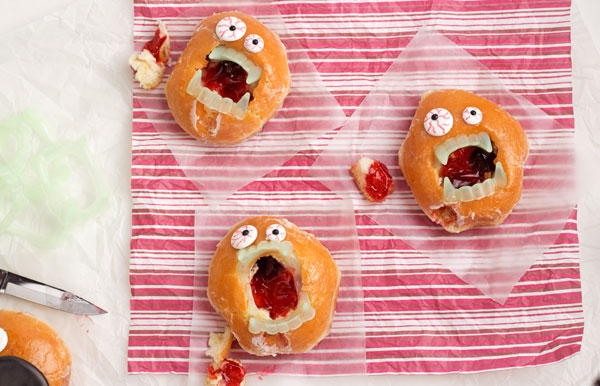 Once you have your zombie eyes, use a red food safe marker to draw lines for blood shot eyes. We all know zombies have weird sleeping habits so their eyes are blood shot.

On NO! There is one donut that has not been bitten by the love bug. Which donut do you think will take a bite of him to turn him into a zombie? Or will someone eat the poor guy and put him out of his misery. I think that job belongs to me!

He was delicious. I told you love hurts!

PS-This tutorial was inspired by eighteen25 and their Sink Your Teeth Into These Donuts. I laughed out loud when I saw them on Pinterest.
PSS-This tutorial isn’t about my hubby. I have been married for more than 26 years and love my hubby more than Krispy Kreme donuts! Just though I should share that 😉 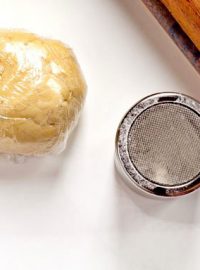 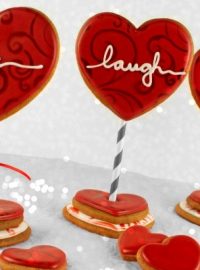 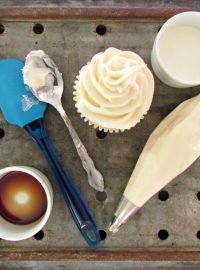 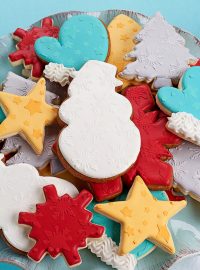